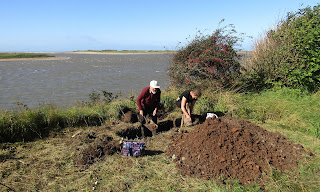 Digging Trench 4 on the cliff edge!

That was a good week! The weather was mostly kind to us - handy as we were digging in such an exposed position facing the Irish Sea. 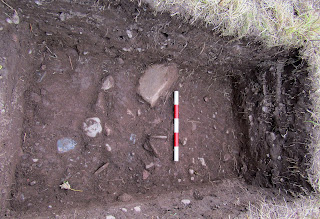 In 2017, test pits east of the Barrow to Carlisle railway unearthed Roman occupation continuing at least 250m north of the fort. This year, this activity was found to cover the entire area west of the railway line, increasing the area of the vicus by another 2 hectares. Cobble surfaces, drains and gulleys suggest domestic and industrial activity, similar to that found north and east of the fort in recent years. Further questions, such as the date of this activity, will require more extensive excavation. 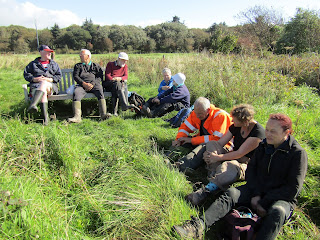 Thanks so much to the professional archaeologists who gave their time for free: Bryan, Debbie and Zoe. Also to the locals who helped: Brian, Leo, Len, Alan, Stephe, Nick and Craig.