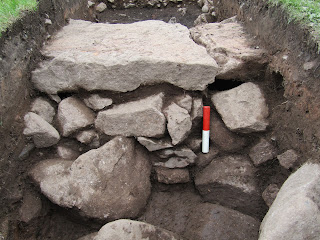 The culvert set into a thick rubble layer
We made good progress today, despite having to finish early due to the rain - at least the cafe was handy! Trench 1 was extended to the east to confirm that there was a gravel path heading towards the castle; presumably this was part of an earlier garden design.  At the other end of the trench, the rubble deposit west of the culvert proved to be very thick. 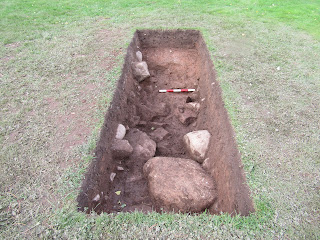