The Lake District weather is being kind so far, so we made progress while the going was good. In Trench 1, another cobble surface was found beneath the first layer, producing more medieval pottery 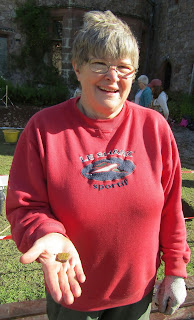 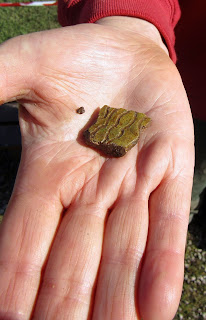 In Trench 2, the oven was cleaned up. Alan was able to confirm that this was the feature found previously, as he had a photograph of it! 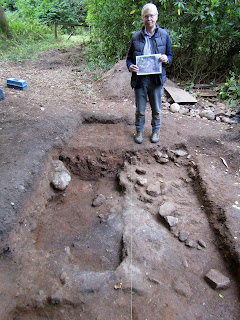 Alan and the oven
In Trench 3, a layer of stones seems to be filling a ditch or drain. Is this connected to the oven in some way?